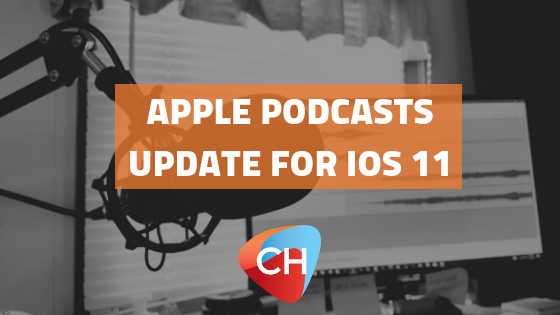 At the Worldwide Developer Conference recently, Apple made some long overdue and major announcements about improvements to the podcast world.

The Apple Podcasts app, recently rebranded from iTunes, is still far and out the most used platform to listen to podcasts. The announcement showed that it will get a significant overhaul in iOS 11.

Updates to the Apple podcast feed specification will allow podcasters to define individual seasons outside of just numbering the titles in that way. It will also allow you to specify whether an episode is a teaser / trailer, a proper episode or also show bonus content.

These changes to the RSS feed specifications will be read by the app and will allow it to show podcasts in a easier to use layout, different to the current list feel. The app will allow listeners to know where a season starts, or show that the most recent episode is a relevant place to start for time sensitive podcasts.

This of course is just an update to the way in which apple wants its podcasts feeds submitted. However many non-apple and android ‘podcatchers’ do take directly from the apple feeds so are expected to follow suit.

There are also promises of Apple providing listener stats. Detailing where people listened and at which point in the podcast they stopped. Something that has been difficult to get out of Apple in recent years. We can only hope that this will bring another influx of podcast listeners in as podcasting’s familiarity and popularity increases. Apple Podcasts update might bring a Netflix feel to the podcast app, which is long overdue.

Are you an aspiring podcaster? Here are some more awesome blogs:

Thinking of podcasting? Check out this video telling you why 2017 is the year to start!