The Misadventures of a First Year Farmer – Chapter 1

The brand new book is out now!

How it all began, the year before.

It all started with a dream, but I didn’t want to start with a cliche line like that but it is true. I had dreamed of living on a farm, working from the land and building my own home since I was very young. I don’t think you can often place when you start to believe a dream can become a reality. You certainly can however realise the point when the dream bubble bursts and you are brought completely down to reality, but more on that later.

Emily and I have always grown our own veg, in every house we have lived in a large portion of the house has been turned into a veg patch. Each rented house we lived in had a bigger and bigger veg patch until the year 1BF (Before Farm).

After years of working behind a desk and a computer I was feeling drained, unfulfilled and unhealthy. It was time to turn up the dial on our hobby and start to test the water on whether it could be a life we could turn to full time. We started with our rented home and one day just began to dig up every piece of turf that was in sunlight, this did not go down well with our landlord…. 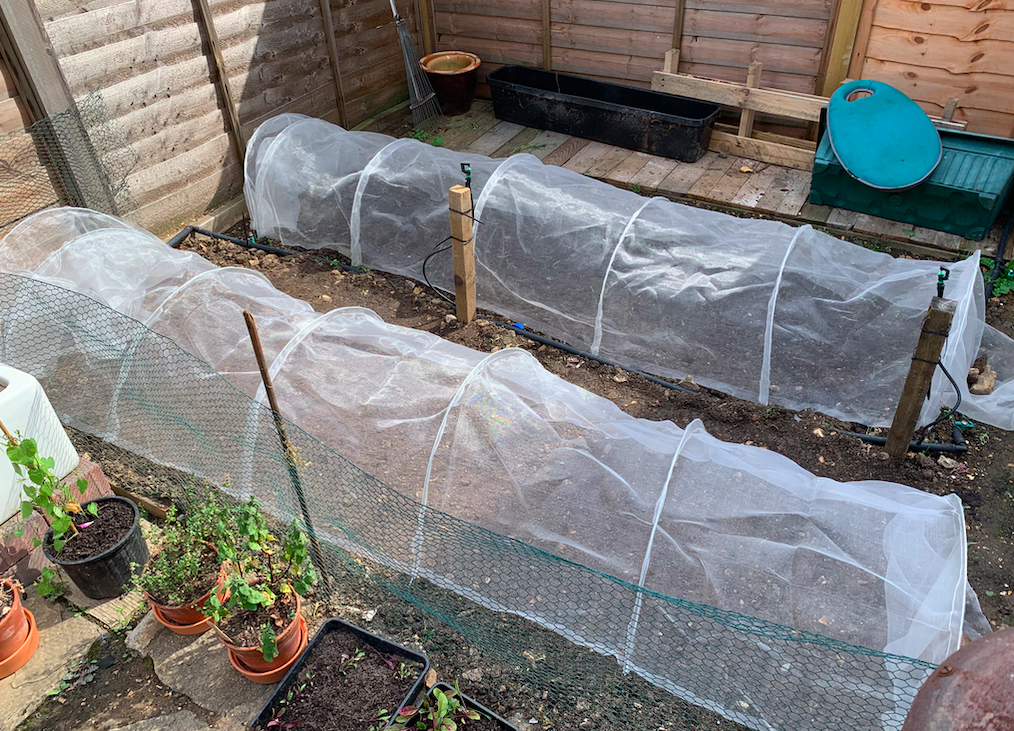 Then to the front garden, due to the house being a corner house we ended up with about 4 car spaces of driveway, and I didn’t think it a good idea to pull up the tarmac like we did the turf in the back garden. As such we went about collecting pallets and built a huge raised bed taking up the driveway. Much to the dismay of our neighbours when a load of tatty old pallets were chucked on the driveway and screwed together with leftover screws. But they came round. 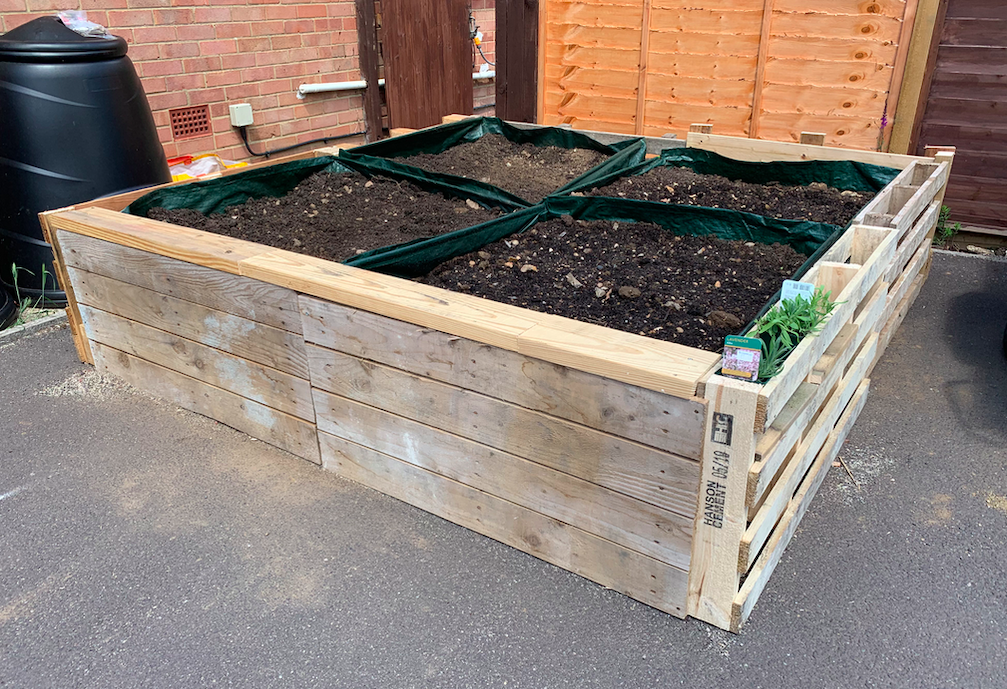 As soon as we started planning what we wanted to grow however we knew this wasn’t going to be enough space, so we went to the drawing board. The simplest plan was an allotment, however we had been on the waiting list for quite a while without any joy. Allotments in England can be hard to get, there is limited space and lots of people wanting to get outdoors and grow.

It also seems that most renewals on allotments are done at the same time each year, and so those that aren’t being used aren’t given up until renewal payments are due and then lots become available at that time. Luckily however we had expressed interest in a plot so many times, and by that I mean nagged and emailed the allotment admin lady so often that she finally got fed up and offered us a shared plot.

A lovely lady had a fairly large allotment but was honestly only using one of the raised beds, leaving six other growing blocks free to work with. We jumped at the chance and before long we were offered another second full plot too. We took both with open arms and excitement, heading straight down the first night and seeing what we had taken on, repairing the shed, and working out where the well is to pump water into watering cans by hand… At the time we didn’t know this was going to be one of the easiest watering setups we would have for the next 14 months. (More on that later.) 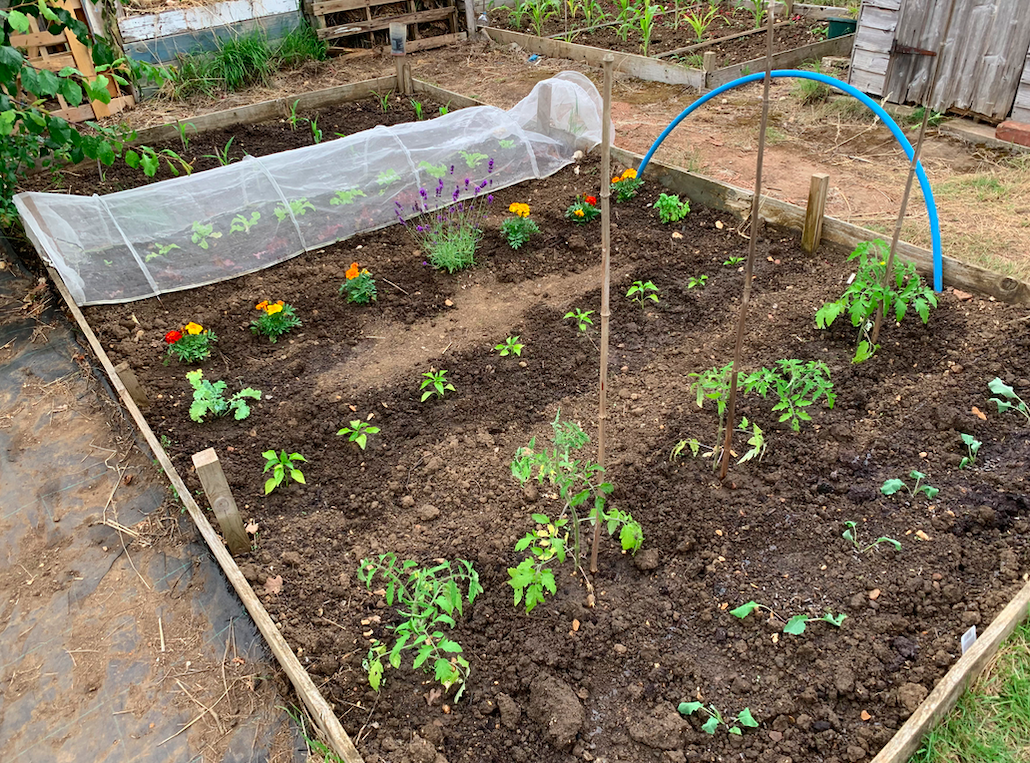 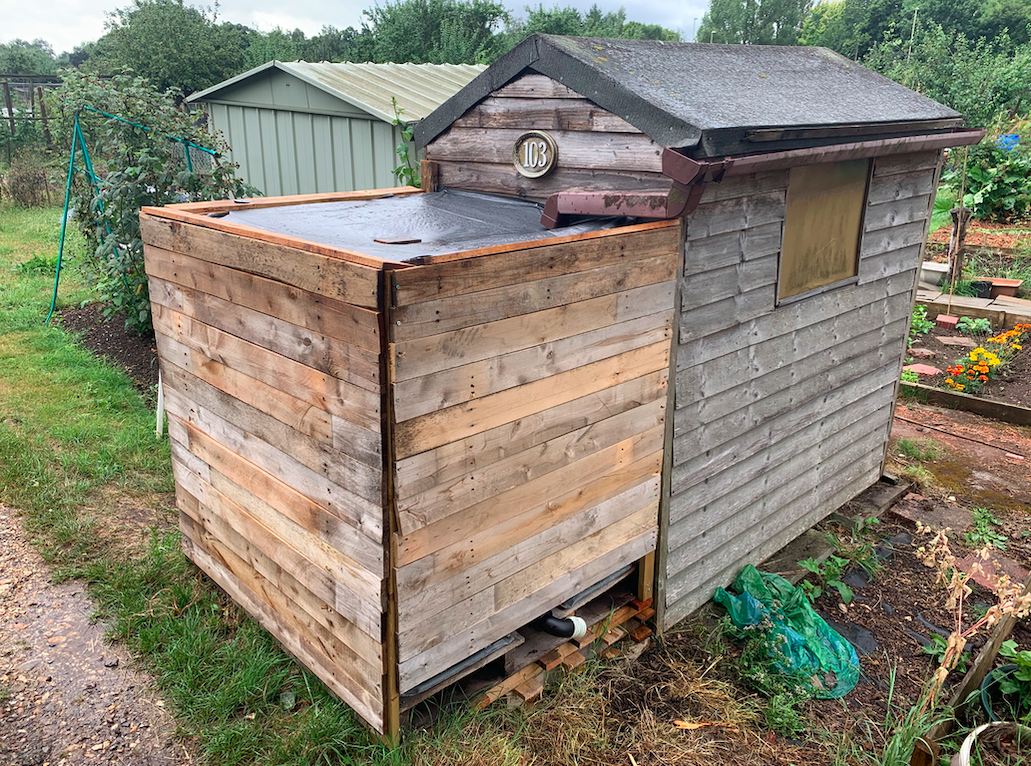 So the search for a third plot was next, we had read and watched a lot of the works by Curtis Stone in Canada about Urban Farming. The idea of doing a deal for people’s extra garden space and turning it into a veg patch, by either taking care of the rest of their garden or by exchanging for veg supplied to them that you grow. We took to local ads online and soon found the front garden of a large country house that had not been used since “his wife left a year before, and she did all the gardening”.

It was safe to say that this piece of land, whilst a good shape to practice bigger growing practices, was seriously neglected. Weeds, nettles, brambles all mixed and tangled together and at nearly shoulder height. (I’m nearly 6ft3 so shoulder height is quite a distance!)

However, in we went with a strimmer, forks, spades and after about two weeks solid of back breaking work we had five raised beds of similar dimensions to what we would later put into practice on the farm… or at that point “a farm”. 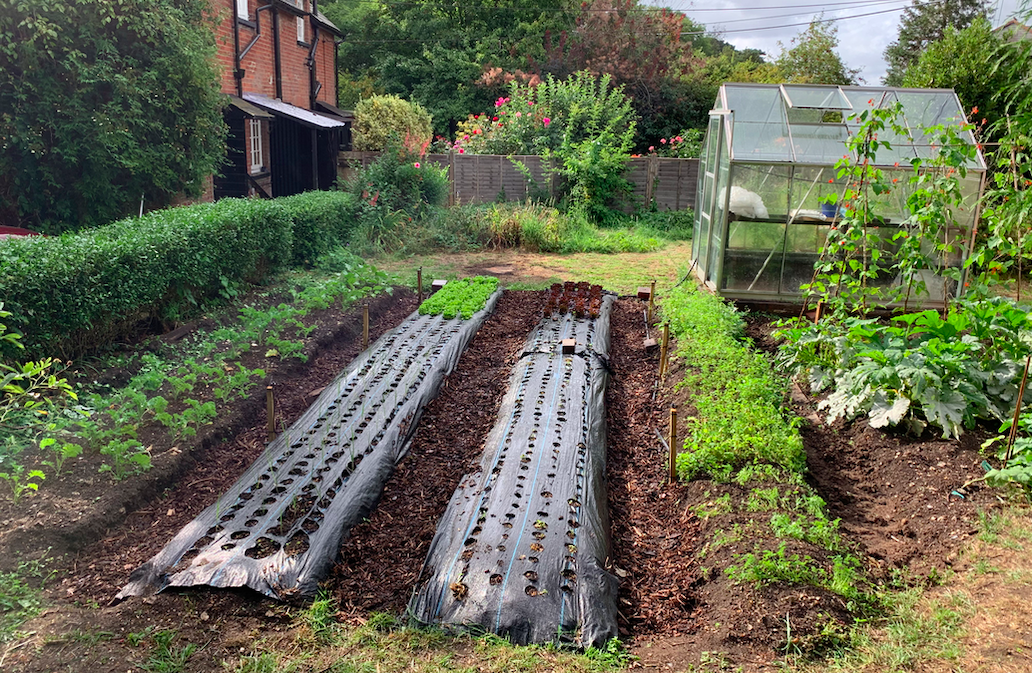 So we had three parcels of land… our own gardens, two allotments and another front garden. All cultivated and with seedlings, plants and veg growing all over. We were driving between them several times a day, and the car was constantly full of tools, compost and a variety of different insects and bugs.

Testing the growing didn’t feel like enough though, we needed to test the market too. See if we could work at selling what we were growing rather than having an abundance of lettuce and especially courgettes. We thought quite literally about the situation and started to enquire about farmers markets around our local area, and were welcomed to a small market in the local village hall.

Nervously we woke up super early on our first market day, harvested bundles of bunched carrots, tomatoes, lettuce leaves which we put into mixed salad bags, strawberries and cucumbers. We made our way to the market, and as sometimes these things go we were put into a little corner of the hall which I can only imagine was the “new people corner”. We brought along a small tablet screen with a video of our growing spaces and plants, how we did things and other little videos with some jazzy music on.

Eyes from the existing market holders raised as the “new stallholders” used technology and did things totally different to the rest of them. We stood there feeling very much like outsiders, whilst of course the market owner did make us feel welcome; the other growers, jam makers, bread bakers and chutney mixers looked at us with unwelcoming eyes. Until the market opened, at first it was slow but as the hours and then weeks went on we fell in love with it. The customers bought almost everything we had brought each week, the other stallholders became very friendly and we started to love the conversations that occurred each week with customers.

“Have you got that lovely salad? Last week we did this with it….”

“That salad is amazing, we still have some in the fridge from last week and it’s still fresh”

“Oh no, I’m late today… how quickly did the carrots sell out this week?”

And after a week on holiday in the summer: “WHERE WERE YOU LAST WEEK I NEEDED MY SALAD BAG?!” 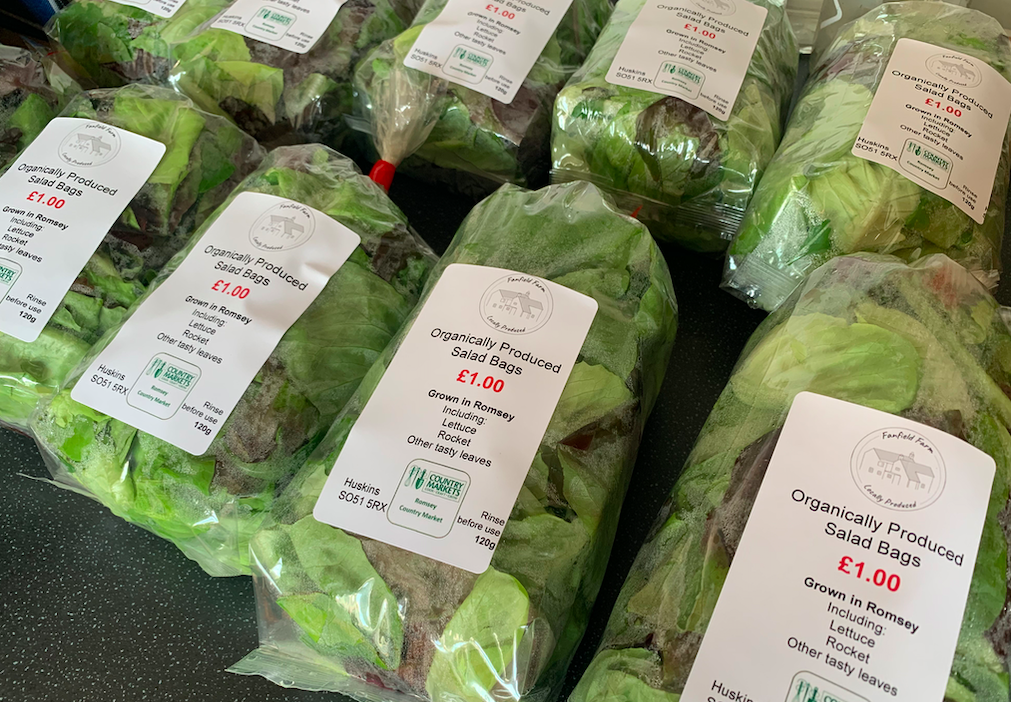 We had fallen in love with not only growing, but also with supplying veg to local people. It’s fair to say that although we had a few failed seedling attempts, a few burst watering pipes and often achy backs… we had thoroughly romanticised the idea of growing and farming to feed local families. So whilst we had grown the skills and had a good taste of what could be, we hadn’t prepared ourselves for the year that laid ahead. But then again I don’t think anything or anyone could have done.

The decision in our minds had been made, we wanted to do this full time. We got the board markers out and big A1 flipchart (as was often in our house when big decisions or plans were required) and came up with a 10 year plan, we would save up over time to purchase a piece of land or farm that we could grow on…. Then we discovered the E.L.C. (no, not the early learning centre).

This is where we give a special mention to the Ecological Land Cooperative, without them we would still be early in our journey of saving to buy a piece of land and still growing in front gardens and on our allotments.

The work they do to get access to land to people of all backgrounds is absolutely fantastic, and within 8 months of discovering their great work… we had purchased land with them in a small village in East Sussex that we could not only grow on, but live on too. Our journey begins…