The Misadventures of a First Year Farmer – Chapter 11

When talking about starting our farm we should start really with what our vision for the farm is and what we were planning to farm.

Often when you read a children’s book or sing the Old Macdonald Song you expect cows, sheep, tractors and jobs include moving around hay for the animals. Whilst we plan to incorporate some animals into the mix we are actually quite a different farm to Mr Old McDonald.

We had planned to be, and are now a Regenerative Community Farm; producing fresh vegetables, fruit and salad for our local area. Animals will be a part of the system but more for manure and they will have very different jobs than the part of Old Macdonald they don’t tell you about… where they are sent off to another farm to be made into sausages.

We have nothing against livestock farming for meat or dairy, we are not vegetarian or vegan and believe that there are some amazing livestock farms out there that are farming with some brilliant regenerative practices too. We believe that you cannot blame the product, only the practice.

We just wanted to be a veg farm.

We also wanted to be a community farm, with visitors allowed to come and see how we do things… running tours, having volunteer days and showing people how food is grown and giving opportunities to learn how to grow your own. More on how that has gone later, but this gives an idea of what we were planning to do with our big open field.

So how do you start, how do you mark out growing areas, the entire field was a mix of grass and clover and we knew it would be back breaking work to try and dig up the grass spade by spade especially with the wet conditions. So the first task was to buy some silage sheets to act as big black tarpaulins, we were lucky enough to get these the size that we wanted each “growing block” to be and we could get them down to not only kill off grass and weeds over a few months, but also to mark out the areas across the farm. 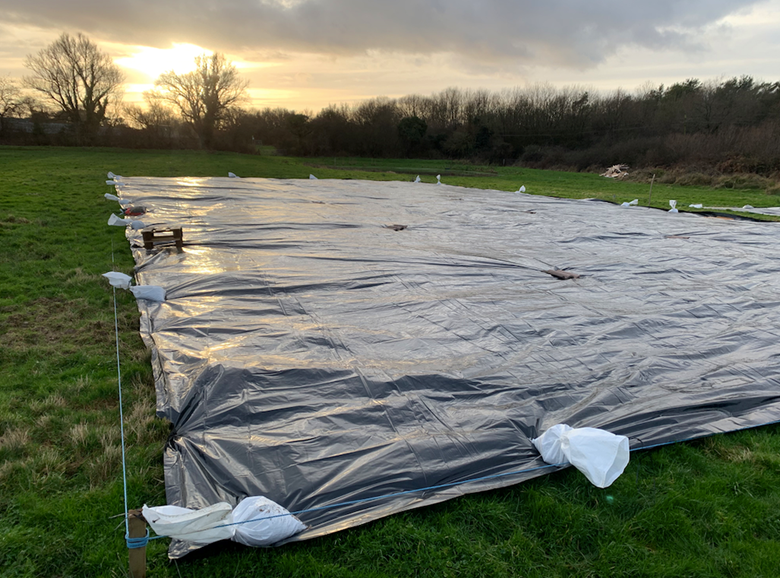 What we didn’t know was that winds on the farm would mean we became full time tarp operators; spending the next few months everyday pulling the tarps back to where they were and adding more and more weights each time. Whilst this doesn’t sound bad if a tarp was a couple of metres square, ours were 16 metre by 30 metre tarps and they were definitely a huge task to move. Especially if they had blown over and then been rained on, moving them was a mammoth task and had become our full time job it seemed for the first few months. This was when we first realised the wind on the site, what was to come later we really couldn’t prepare for however… we had no idea just how powerful it could be. 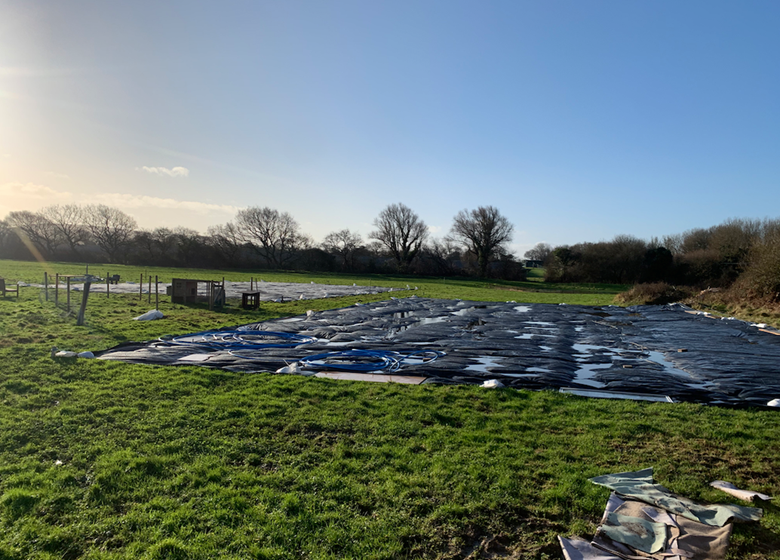 We use cookies to ensure that we give you the best experience on our website. If you continue to use this site it is assumed you are happy with this. If not then please stop using this site.OkRead our privacy policy.