The Misadventures of a First Year Farmer – Chapter 3

We named our farm Fanfield Farm, a name that is very special to me and my family.

Growing up I spent summers on my Great Aunt’s Farm in Worksop, Sheffield. My Great Aunt was called Auntie Prue (to me of course, I don’t think her first name was actually Auntie.)

Auntie Prue was a formidable and incredibly strong woman who in the local community needed no introduction.

In summer we would visit the farm, but by no means did that mean we sat around having tea. Auntie Prue had jobs for us all, after all she almost single handedly ran a large dairy farm.

Auntie Prue married young, but not long after her husband (whom I never met) was tragically killed in a chalk quarry accident. This left my great Auntie Prue to run the dairy farm on her own, which she did from her 20’s until she sadly passed in her late 80’s.

I have incredibly fond memories of the farm in Worksop. It was where I first drove a car, sitting on my dads lap as a youngster… Too small to reach the pedals but able to turn the wheel and feeling incredibly grown up.

I was taught by my cousin Michael how to reverse a tractor and trailer… If you haven’t ever tried to reverse with a trailer on a car I will tell you now it isn’t natural. You need to steer the opposite way to the way you want the trailer to turn… It’s hard to get a grip of. But this was natural to my cousin Michael who when I couldn’t get it right the first time shouted in the most Yorkshire accent ever: “What’s wrong with ya, have ya never driv’n tract’r before?”…. And the answer was well… NO!

Michael was great though he was patient and I got it right eventually, although nearly taking out a gate post several times.

I learnt how to milk cows and avoid being kicked by them.. How to grow and pick raspberries from the garden. And at the young age of 2 years old I put my hand print in the setting concrete of a freshly put-up gate post, which I believe is still there today.

I have incredibly fond memories of Fanfield Farm in Worksop and it is that memory that I want to live on. It is why I have always had the dream of wanting to run my own farm, be a part of the local community and grow food “properly”.

The memories of the farm were recently re-ignited in me as Auntie Prue in 1982 bought a brand new Land Rover Series 3. When she passed away she passed the Land Rover down to my Uncle, who in 2019 passed it down to me. It had not run for 7 years and with the help of a trusty Haynes manual and Youtube, several injuries, a hospital visit with a Hernia from trying to remove suspension bolts, and several hundreds of pounds… it is now back on the road. 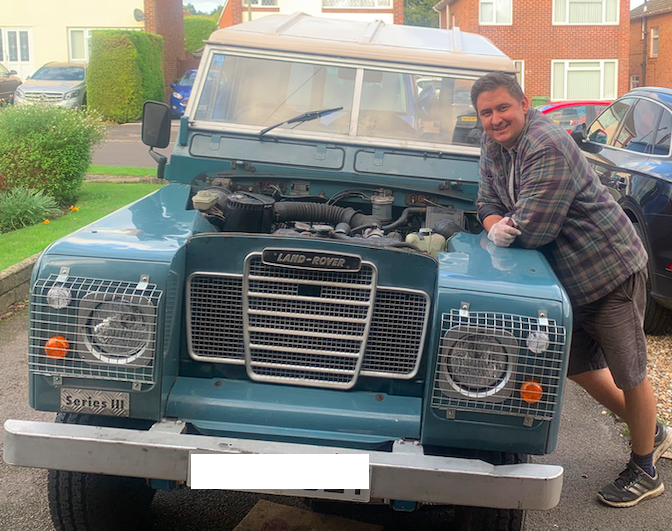 The smell still takes me back to the farm every time I get in the Landy and I had reached a point where I couldn’t not follow my roots into farming any longer.

The site that the farm in Worksop once stood on is no longer a working farm, as with many farms it has been converted into cottages and country houses for many to live on. However I hope that by bringing the Fanfield Farm name back I can continue the memory of my Auntie Prue and the once brilliantly run farm. 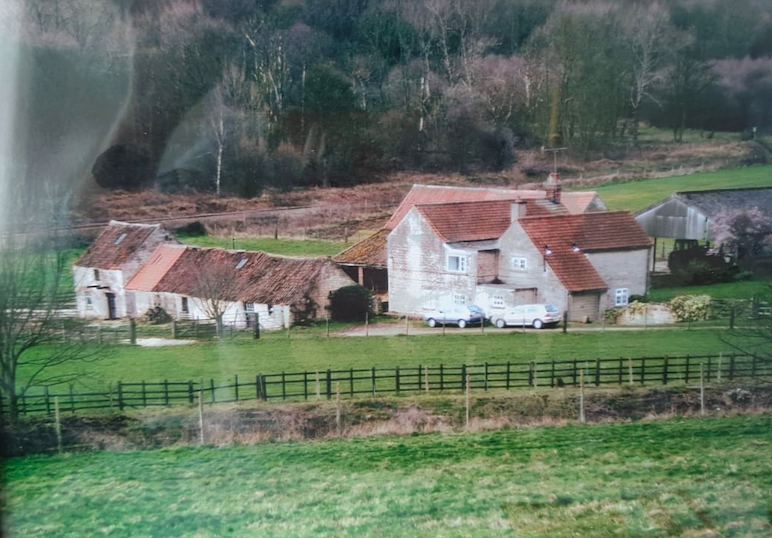 The logo of our farm is a throwback to the building that I remember, whilst the farm had many barns and buildings the logo is the outline of the old farm house as I remember it.

Every time I look at the logo I remember the old house, the cold kitchen with a bucket of fresh milk in the corner. I remember the time I was told off from drinking my milk out of my cereal bowl and when told off by Auntie Prue proclaimed: “But Mummy Does It!!”

I remember the cat bringing in mice on a daily basis, and I remember the grandfather clock that used to tick incessantly through the night.

I hope I can keep the memory of Fanfield Farm alive for many years to come. 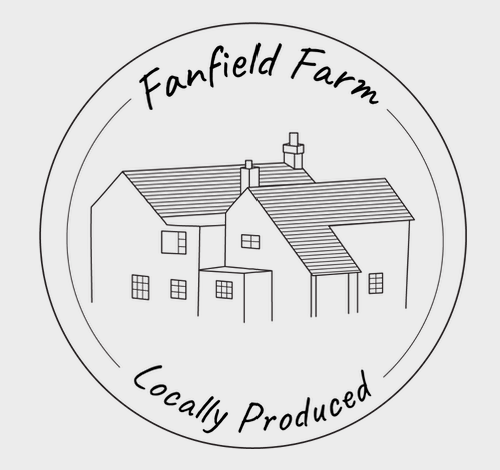 A wonderful side story that I only learned after I had moved and started my version of Fanfield Farm was told to me by my Dad. He had spent almost every summer on the original Fanfield Farm as a child and in my Auntie Prue’s later years had told him that the name was actually wrong.

The site in which Fanfield Farm sat on in Worksop was originally part of a farm with 1000’s of acres, and when they had bought it the land was split up. At the time it was bought there was no such thing as Google Maps, Google Earth or even digitally printed maps.

The maps for the deeds of the farm were handwritten and in the fancy cursive style that was popular at the time, the writing looked like it said Fanfield. However that piece of land was actually right at the back of the site, it was the furthest field…. After looking at the maps again you can see a slight space between the words… It should really have been called Far Field Farm. The field that was furthest away.

Fanfield Farm certainly has a better ring to it, but it’s great to have another story about the name too. 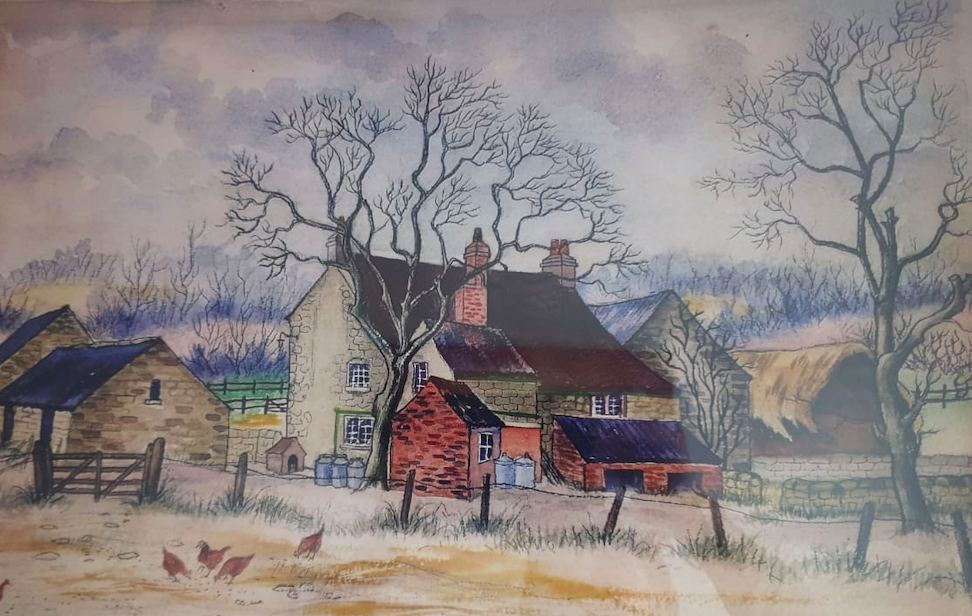